BRINGING THE ELYSIUM SCORE TO LIFE - TIPS FROM THE TEAM 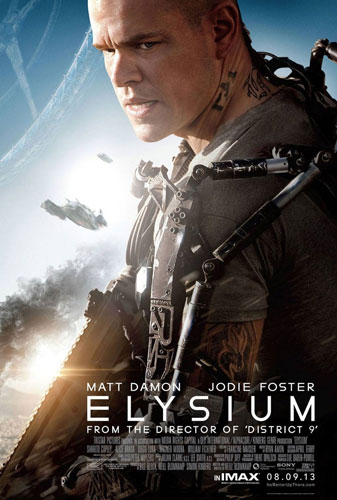 An impressive score will elevate a film no matter what its budget. In this informative presentation, the team that brought composer Ryan Amon's score for the new Matt Damon / Jodie Foster blockbuster ELYSIUM to life will lecture about the score's orchestration, conducting, music editing, recording and 5.1 mixing.

The team will explain the efficient and reliable workflow used for producing the ELYSIUM score, and show ways to scale these workflow and technological tricks to any budget of score production.

Please note: this event does NOT include a screening of the film ELYSIUM. This event will not be recorded. 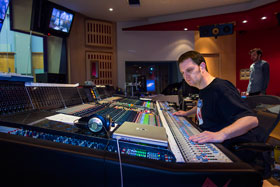 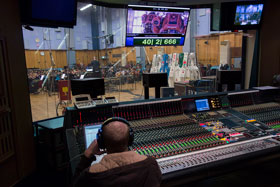 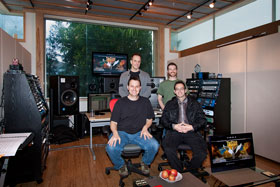 Penka Kouneva (ELYSIUM Lead Orchestrator)
Penka is a breaking Hollywood film/game composer and a top orchestrator. Working alongside Steve Jablonsky she composed the score for Prince of Persia: The Forgotten Sands and Transformers: Revenge of the Fallen games. Penka has scored 12 independent features, 4 television films and episodic TV shows, where she worked with very small budgets for score production. Penka is a Sundance Composer Fellow.
Penka is passionate about her career as an orchestrator on films and games: Elysium (lead orchestrator), Transformers 1, 2, 3, Pirates 3, Ender's Game, Tim Burton's "9", Sherlock Holmes, Angels & Demons. In the world of video games Penka has orchestrated for Gears of War 2, 3, Starcraft II, World of Warcraft, Diablo III, Transformers, Sims 3, and she is also a Lead orchestrator/arranger on the hit TV shows True Blood, Revenge and Perception. As a Master Mentor she has been instrumental in nurturing the careers of rising talents, and has opened doors and created job opportunities for many young composers.

Dave Lawrence (ELYSIUM Music Editor)
A native of Los Angeles, Dave began his career as music editor and assistant engineer working with composers Christopher Lennertz and Timothy Michael Wynn of Sonic Fuel Music. His years of experience and reputation there led to work with many other composers scoring, mixing, and dubbing on films, television shows, commercials and video games. Dave had the good fortune to meet Dick Bernstein, one of James Horner's music editors, in 2006. He worked with Dick as assistant music editor on many projects including "The Spiderwick Chronicles," "The Hills Have Eyes 2," "The Express," and "Avatar," the extended re-releases. Now working as a music editor and digital recordist, Dave has had the pleasure of working with renowned composer Cliff Martinez, with composer Ryan Amon on his score for Neill Blomkamp's action-packed sci-fi, "Elysium," and continues to be a regular face on the acclaimed Lennertz/Wynn team. As a musician himself and a lifelong lover of cinema, Dave has studied music, film, and the intricacies of their intermingling for most of his life. He thoroughly enjoys immersing himself in the challenges of the work. He has a degree in Film and Digital Media from UCSC and a certificate in recording engineering from UCLA.

Alain Mayrand (ELYSIUM Orchestrator and Conductor)
Alain is a composer, orchestrator and conductor from Vancouver Canada. He notably composed the well-received symphonic score for "The Legend of Silk Boy" starring Jackie Chan, and was named Composer to Watch by Film Music Magazine. Also active in the world of concert music, Alain is composer-in-residence with the Vancouver Metropolitan Orchestra and gets regularly commissioned by a variety of classical groups. His music has been performed and recorded by the Russian State Symphony Orchestra, Evergreen Orchestra of Taiwan, Ramat-Gan Orchestra in Israel among others.

Rich Walters (ELYSIUM Supervising Music Editor)
Rich is a professional composer and music editor who works mainly from Los Angeles and Vancouver. He is fluent in the diverse musical languages of classical, jazz, contemporary, rock, electronica and world music. His compositions can be heard on television, in theatres, on radio and digital recordings.
In the past 3 years Rich has been nominated for 2 Emmy awards and has been given the opportunity a number of times to work in London at Air Lyndhurst and in Prague at CNSO. He has been fortunate enough to have worked with some of the industries leading and most talented people. Rich's clients always find him to be an indispensable part of their production because of his drive, talent and professionalism. At the age of 9 he began playing the clarinet and drums in jazz ensembles and orchestras. This gave him the opportunity to start traveling the globe and begin developing his musical repertoire. After high school Rich continued his study of music at Capilano University, majoring in music theory and composition. This was also the time where he began to learn to play piano and guitar. Although his primary interests had always been jazz and electronica, Rich continually finds himself enamoured with the avant-garde side of modern music which keeps inspiring him as a composer for film, television and multimedia productions. 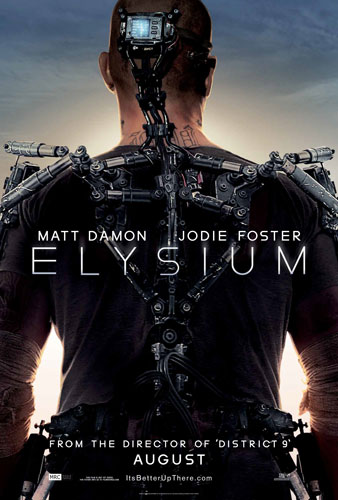 Los Angeles-based John Rodd is able to legally work in the U.S.A., the EU and Canada (without a work visa)